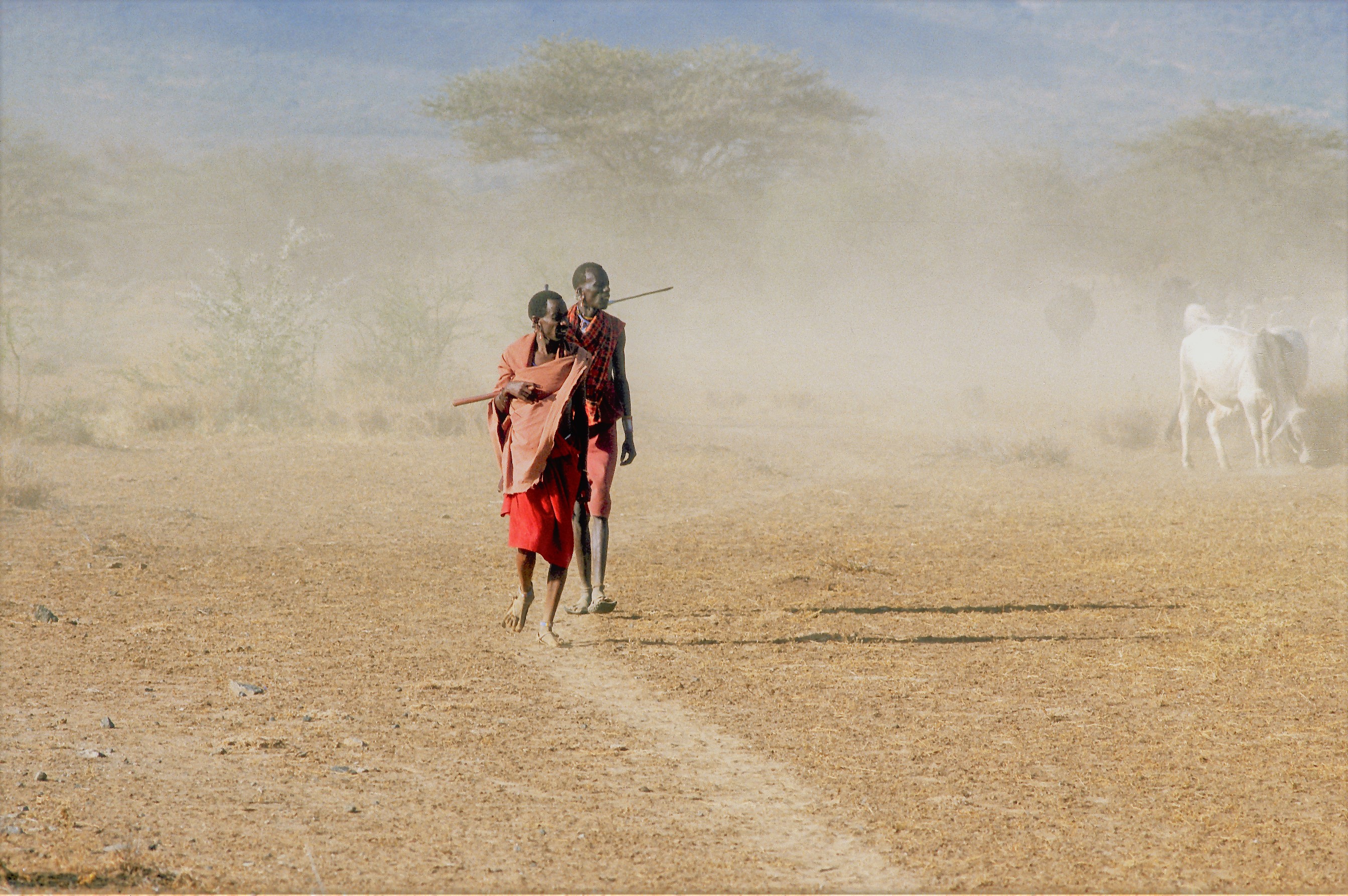 I intend to write a story on this as soon as possible. For now you have to do with the photo I took in the mid-80’ies. It was taken as I was driving from Nairobi in Kenya to Arusha in Tanzania, to participate in a seminar at the Mellemfolkeligt Samvirke training centre. Suddenly we saw a dust cloud in the distance, and we were told that this could very well be a large group of cattle moving through the bush by some Masaii herdsmen. As we passed the herd, out of the dust appeared these two men, and I jumped out of the car to catch them. The photo later found its way to the cover of the Danish edition of the UN Brundtland Report called OUR COMMON FURTURE. The Danish version was published only a few months after the English edition. It is interesting – and also a bit worrying – that what was written at the end of the 1980’ies still holds true. What have we really learned? Why have we not been able to transform our society? Where are we 30 years after this report was published?